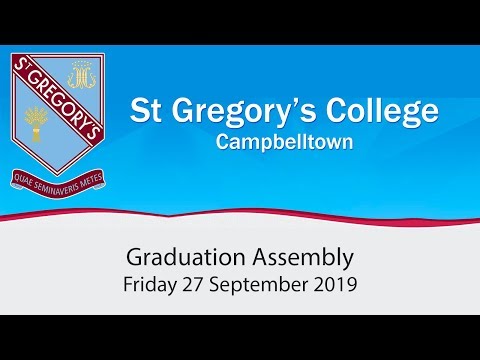 Christmas Parties - Lots of fun but don't forget the Law! 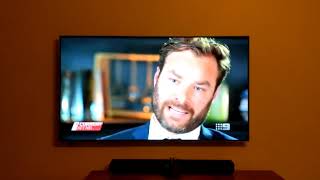 Reviewing the reviewers: EPAC and the 2019 Tedeschi report

DISCRIMINATION IN THE WORKPLACE

DISCRIMINATION IN THE WORKPLACE

Disclaimer: This article is intended to provide a summary and general overview only. It is not intended to be, nor does it constitute, legal advice. You should seek legal advice from a barrister or solicitor working in the area of employment law and/or human rights law before acting or relying on any of its content.

Unlawful discrimination in the workplace refers to the treatment of an individual employee or group of employees less favourably than others because of a personal characteristic. State and territory and federal anti-discrimination laws protect against direct and indirect discrimination in the workplace based on the following attributes: race, sex, transgender status, marital or domestic status, disabilities, carer responsibilities, sexual preference, and age. These protections are supplemented by the general protections under the Fair Work Act 2009 (Cth).

However, one of the big problems with legislation in the area is ‘hidden discrimination’. For example, a person going for a job may in fact be put to one side because of their race. The recruitment manager in his or her mind – and without saying anything or doing anything to show that they are biased towards certain races – may simply decide that the person is not going to get the job because of a certain characteristic. The recruitment manager may simply send a letter to the job applicant saying unfortunately you were not successful on this occasion. Again, nothing said about the job applicant’s race. In these circumstances, despite the multiple pieces of legislation in the area of discrimination, there is very little that the applicant can do. So we know that discrimination is very much alive and well in society and that legislation, while certainly a positive step forward, can never cover all contingencies and even impotent in certain areas.

Nonetheless, at least in theory, employees are protected from discrimination at every stage of employment including:

There are two types of discrimination that are prohibited by the relevant legislation: direct and indirect.

Discrimination that is direct refers to the treatment of an employee less favourably due to a personal attribute.

For example, a refusal to employ an individual based on their age and the assumption that they are too old to learn new skills is a form of direct age discrimination. Alternatively, the refusal to promote an employee because she is a women amounts to direct sex discrimination.

This form of discrimination involves the imposition of an unreasonable condition or requirement of employment or policy that purports to treat all employees the same but, which, in effect, unfairly disadvantages someone because of a personal attribute.

For example, a workplace policy requiring employees to work minimum 12 hour shifts may disadvantage those with caring responsibilities. Where the requirement is unreasonable, this amounts to a form of indirect discrimination.

The High Court in Waters v Public Transport Corporation characterised the distinction between direct and indirect discrimination in the following way:

‘Broadly speaking, direct discrimination occurs where one person is treated in a different manner (in a less favourable sense) from the manner in which another is or would be treated in comparable circumstances on the ground of some unacceptable consideration (such as sex or race). On the other hand, indirect discrimination occurs where one person appears to be treated just as another is or would be treated but the impact of such 'equal' treatment is that the former is in fact treated less favourably than the latter'.

Complaints under the NSW Anti-Discrimination Act must be made in writing to the Anti-Discrimination Board. If it is within their jurisdiction, the complaint is investigated and conciliation is attempted. Where it is unable to be resolved in conciliation, the matter may be referred to the NSW Civil and Administrative Tribunal (NCAT) for a legally enforceable determination.

The Age Discrimination Act 2004 protects Australians against discrimination in employment on the ground of age.

The Disability Discrimination Act 2004 protects Australians against discrimination in employment on the ground of disability including: physical, intellectual, psychiatric, sensory, neurological, physical, disorder, illness or diseases affecting thought process, perception, or presence of HIV and other organisms causing illness.

Further, under this Act a failure to make ‘reasonable adjustments’ can amount to unlawful discrimination. This is an adjustment that is reasonable to accommodate an individual’s disability unless it would impose an unjustifiable hardship.

The Racial Discrimination Act 1975 protects Australians against discrimination in employment on the ground of race, colour, descent or ethnic origin.

The Sex Discrimination Act 1984 protects Australians against discrimination in employment on the ground of sex, marital status, pregnancy, and family responsibilities.

Complaints under the federal anti-discrimination laws must be made in writing to the Australian Human Rights Commission. If it is within their jurisdiction, the complaint is investigated and reviewed to see if it should be terminated or is suitable for conciliation. Where it is unable to be resolved in conciliation, the matter is terminated by the President of the Commission and the complainant is free to take the matter to the Federal Court of Australia or the Federal Circuit Court.

The Fair Work Act 2009 also provides a general protection against unlawful workplace discrimination. This means that an employer must not take ‘adverse action’ against a current or future employee due to their race, colour, sex, sexual orientation, age, physical or mental disability, marital status, family or carer responsibility, pregnancy, religion, political opinion, nationality, or social origin. This applies to all employees, regardless of whether they are full time, part time, casual, probationary, apprentice, trainee, or fixed period employees, and to all employers, regardless of the size of the business.

‘Adverse action’ includes any of the following:

Exceptions to this rule include action that is:

Where there has been unlawful discrimination a complaint can be lodged with the Fair Work Ombudsman or Fair Work Australia.

The adverse action provisions are also civil penalty provisions. The maximum penalty is $51,000 per contravention where a corporation is involved, and $10,200 for an individual. Further, where the matter goes to the Federal Court or Federal Circuit Court and there is a finding of discrimination, an order for an injunction, reinstatement and/or compensation may be made.

Beyond the discrimination protection laws under the Fair Work Act, there are the State and Federal anti-discrimination laws which are overseen by the Australian Human Rights Commission (AHRC) or the relevant state or territory anti-discrimination bodies (Anti-Discrimination Board (ADB)). Further, if you are a member of a trade union or employee association, they may be able to assist in these matters.

If you want to make a complaint under these various laws, it is important to note that you cannot go straight to a court or tribunal. You must first make a complaint to either the NSW ADB (under State legislation) or the AHRC (under federal legislation). These bodies, while not courts, will try and assist you to resolve your complaint.

You must choose between the ADB or the AHRC, in what is known as ‘electing jurisdiction’. Both organisations handle the complaints through conciliation initially. Where this does not resolve the issue, ADB complaints move on to the NSW Civil and Administrative Tribunal while AHRC complaints go on to the Federal Magistrates Court of the Federal Court of Australia. The main differences include: